The Seven Summits: What, Where and Why? 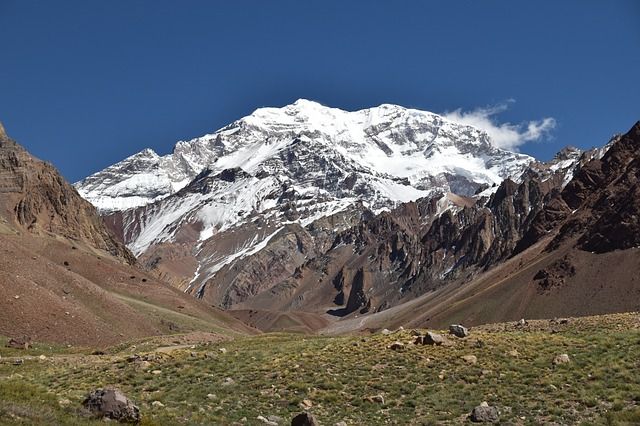 The Seven Summits are the highest mountains across each of the seven continents and for years explorers have set out to conquer them all.

It was millionaire businessman Richard D. Bass who became the first person to reach the summits of all seven peaks back in 1985, completing his mission with his ascent of Mount Everest and beating several younger competitors in the race. Seven years later, in 1992, Junko Tabei became the first woman to achieve the feat, completing her mission with Mount Carstensz in Indonesia.

So, what does such a challenge involve? Let’s take a look at those seven awe-inspiring mountains across the world…

Mount Kilimanjaro is a volcano that towers 5,895 metres over northern Tanzania. Although it’s the tallest free-standing mountain on Earth, it’s a relatively friendly one. Kili’s moderate weather and non-technical trekking route mean it’s one of the most accessible mountains of the Seven Summits, with many people booking adventure holidays to climb it. German geographer Hans Meyer and Austrian mountaineer Ludwig Purtscheller were the first people to reach the top in 1889.

Located in south-west Russia, on the border of Asia, Mount Elbrus is the highest point in Europe. The extinct volcano was formed 2.5 million years ago and is part of the Caucasus Mountains. It’s covered by 22 glaciers and has twin cones that reach 5,642 meters and 5,595 meters. The first successful ascent up the taller cone was by Swiss guide Peter Knubel, who led a British expedition back in 1874.

Denali is part of the Alaska Range and at 6,194 metres is the highest mountain in North America. It’s not the highest of the Seven Summits but it does hold the title of the greatest base-to-summit rise of any mountain entirely above sea level. It’s also one of the most challenging peaks to climb in the world, with freezing cold weather and sudden storms set to threaten any expedition. But this didn’t stop Walter Harper, Harry Karstens, Walter Stuck, and Robert Tatum, who reached the top in 1913.

Mount Aconcagua sits on the Chilean border in west-central Argentina and at 6,962 metres it’s the highest peak outside of Asia. Nonetheless, it’s one of the most climbed of the Seven Summits thanks to its relatively accessible climbing routes. Swiss climber Matthias Zurbriggen was the first to reach the peak in 1897.

Arguably the most well-known mountain in the world, and the highest on Earth. Straddling the border between China and Nepal on the crest of the Great Himalayas, it stands at 8,850 metres high. Expeditions up Everest began in the 1920s but the first successful ascent was in 1953, by New Zealand explorer Edmund Hillary and Tibetan mountaineer Tenzing Norgay.

Standing in the Sentinel Range of the Ellsworth Mountains, Vinson Massif is the fifth highest mountain of the Seven Summits at 4,892 metres – but it was the last to be discovered and climbed due to Antarctica’s complexities. Nonetheless, an American team led by Nicholas Clinch decided to give it a go, braving the freezing temperatures and high winds and camping on glacial ice, before reaching the top in 1966.

Known locally as “Puncak Jaya”, Mount Carstensz sits in the Sudirman Range  on the island of New Guinea. At 4,884 metres it’s the highest point in Indonesia and the world’s highest island peak. The first ascent up the mountain was in 1962 by Heinrich Harrer, the well-known Austrian explorer, and writer, who penned Seven Years in Tibet.

Mount  Kosciuszko stands 240 miles southwest of Sydney in the Snowy Mountains of the Australian Alps and at 2,228 metres tall is the highest point in mainland Australia. The first known ascent was by Polish explorer Pawel Edmund Strzelecki in 1840, but it’s likely indigenous people had climbed to the top before then.

The inclusion of this peak on the list is up for debate and depends how you define a continent. Australia has long been considered the seventh continent, but many now view it as part of the larger continental formation of Oceania – and so Mount Carstensz in New Guinea is far taller. Most climbers on a mission to conquer the Seven Summits climb both peaks, just to be sure.