Spellbinding Scottish Traditions That You Need to Explore 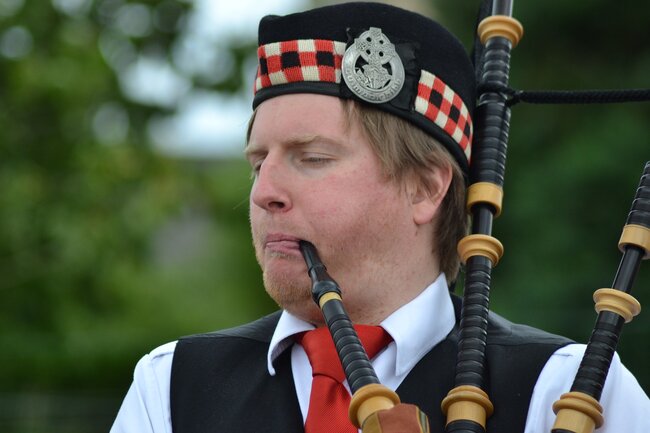 Picturesque coastal villages and warm-hearted locals are plentiful in Scotland, a country with breathtaking scenery and stunning landscapes.

Scotland is also endowed by a profound heritage of traditions that still make up its unique aesthetic and distinctive character. Visit Scotland and learn some of these traditional practices that make it stand out as a place you don’t want to miss!

Kilts, clans, and bagpipes – what could be more Scottish? Scottish and Gaelic tradition are most readily apparent within the Highland games, of which are distinctive expressions of the two.

It remains a tradition to hold Highland Games every year from May to September and include performances, competitions, and prestigious events such as the hammer throw and weight toss.

From hoisting boulders to creating items, men have fought over physical strength and prowess for generations. Contests and athletic competitions are said to have provided the kind of routine that made battle-hardened men sharp against their foes.

It is thought that the oldest continuously running games were held in Fife (1314), and this particular event signifies a decisive milestone in the conflict for sovereignty in Scotland.

If you’re flying into the capital, it may be worth considering car hire at Edinburgh airport to aid with the 35-mile drive down the A92.

The kilt has been worn since Ancient Rome to the iconic Scottish folk. Kilts are an instant symbol of Scottish heritage, and many count them as their own through ancestral lines.

Philabeg refers to a traditional Gaelic kilt, and it was worn extremely simply. These clothes are manufactured of lambswool and ensure thermal insulation, functionality, and durable strength due to their fibre properties.

Nowadays, everyone seems to be searching for a sense of history and pride in their lives, and Scotland appeals to people with its enthralling tales, its clans, its mountain ranges, and its lochs all over the world.

The popularity of tartans continues to grow and many are now available in ‘ancient,’ ‘modern,’ and even ‘hunter,’ and almost every family in Britain has a clan and a tartan affiliated with it.

When visiting Scotland, a kilt is an imperative souvenir, and what you choose to wear underneath is entirely up to you.

A quick Google search yields the most prominent visuals related nowadays with the instrument, as illustrated by the images which display.

Since ages, the bagpipes have unmistakably embodied Scotland. Nevertheless, the terms of reference were not always as positive as they could have been.

The bagpipe has been Scotland’s national instrument for centuries. In the beginning bagpipes served as weapons of military sacrifice and later revelry, so it should not be surprising that they are thought to have emerged outside of Scotland.

Currently, pipe bands are playing at weddings, parades, events for communities, and championships around the world.

If you visit the National Piping Centre in Glasgow, you can discover how to play the bagpipes yourself!

The word ‘golf’ traditionally connotes a Dutch sport involving hitting a ball with a paddle with the lowest quantity of swings necessary.

The first Scottish renditions of the game are documented from Fife’s coastal regions going back to the 15th century.

It seems that players used ‘hickory’ clubs to hit a pebble ball around a scenic landscape that was constructed from sand dunes. As opposed to other variations, this game makes use of a tinier ball, and a hole in the surface provided the main focus.

An original Scottish golf course was expected to have between five and twenty-five holes. In general, the number and arrangement of the holes are determined by the geographical features of the site. The naturally occurring earth holes were linked with one another, giving origin to the term; ‘links’.

Hickory golf clubs delve into the heart of the game in a manner that competing clubs do not. In Scotland, you will have an immeasurably enhanced visit to the course. There are a handful of courses in Edinburgh that are based on hickory golf, most notably Kingarrock Golf Links and Musselburgh Old Links.

Each of these golf courses grants participants the freedom to hire hickory clubs for an incredibly reasonable fee.

As the national drink of the Highlands, scotch whisky is distilled and subsequently matured in oak barrels after being fermented and refined twice. The shelf life of Scotch must be at least three years in its ageing barrels in Scotland, yet the vast majority mature between the timeframe of ten to twenty-five years.

Thousands of years have passed since people first began distilling alcohol. You can complete the process easily.

The method is generally to heat a substance in one compartment, but then condense the evaporated steam in another, and it is thought that Scots colonial monks, who were inheritors of the tradition of producing spirits, were likely to introduce distillation to the country.

Scottish Haggis, traditionally devoured on Burns’ Night, prepared with offal and frequently complimented by whiskey, is a traditional Scottish dish that travellers should try when in Scotland.

Haggis is a meat meal derived from offal (like liver, heart, and lungs) combined with a blend of aromatic herbs and spices, and encased in sheep stomach.

It’s true this may not initially seem like the most enticing of choices; this simple recipe is nourishing, tasty, and nutrient-rich, and much beloved by the Highlanders. But wait until you hear about haggis hurling!

Probably the most unusual Scottish tradition, haggis hurling is exactly how it sounds – you  literally throw haggis, and whoever ‘hurls’ it farthest, takes the prize!

It has even grown to the point that there is now a World Haggis Hurling Championship, which contributes all the money raised to good causes. A haggis must be made precisely and weigh a specified measurement. It needs to also be examined to ensure it comprises all the traditional constituents. Upon release, the haggis must survive whole when it hits the ground.

The most recent championships took place in Milngavie, north of Scotland.

These are only a selection of Scotland’s array of quirky and unusual traditions, and the Highlands are an incredible place with