5 Amazing Things Not To Miss In Spain 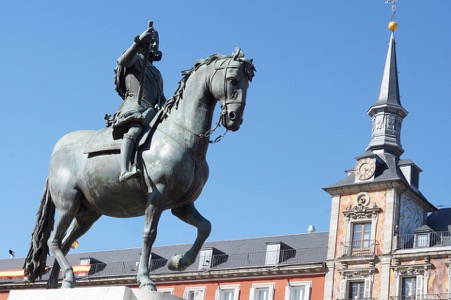 Passionate, cultured and with a lust for living life to the full, Spain as a country is much more diverse that you could ever imagine. From staggering cliffs overlooking the Atlantic Ocean in the north, to gently sloping white-sandy Mediterranean beaches in the south, Spain has a complexity of geographical features unique to a country of its size.

Spain is a country where art imitates life with its almost forgotten Roman ruins, Islamic architectural gems and soaring catholic cathedrals all there to remind you of the country’s rich history and the part it has played in shaping the world we see today.

While worth visiting just for the museums and historical sites alone, the real reason to visit Spain is to immerse yourself in a culture that welcomes foreigners as though they were a long lost relative. Combine this openness with some of the best food and wine you will find anywhere on the planet and it’s easy to see why people love coming to Spain.

It would be impossible to highlight everything to see and do in Spain so here there are 5 amazing things not to miss in Spain.

The Museo del Prado in Madrid 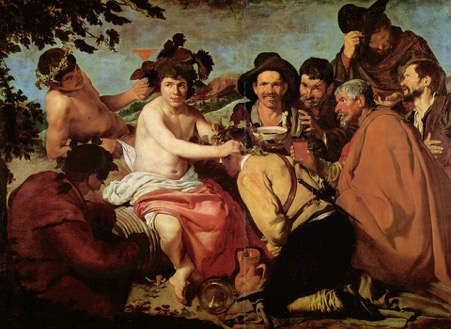 Few cities in the world can boast about their pedigree as a cultural centre quite like Madrid can. For hundreds of years, Spanish royalty poured their praise and riches onto the artists of the day from Velázquez and Goya to the Flemish greats and Italian masters whose paintings now adorn the walls of the Museo del Prado.

Designed in 1785 on the orders of Charles III, The Prado was originally intended to be a natural science museum before Ferdinand VII decided to use it to house the royals massive collection of art and sculptures.

Today the museum is one of the most popular attractions in Spain and is famous for its collection of Goya, Velasquez and El Greco. The museum has over 7,000 paintings in its collection of which only 1,500 are on display to the public. 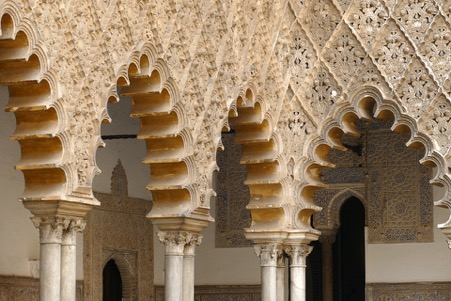 Unsurpassed in Spain when it comes to religious buildings, the cathedral in Seville is the largest Gothic cathedral in the world. Built on a former mosque as was the practice following the expulsion of the Moors from the Iberian Peninsula.

Used as the setting for “Dorne” in the HBO series “Game of Thrones”, the Real Alcázar de Sevilla and its beautiful Moorish garden remain one of the world’s oldest royal palaces still in use today.

Try and time your visit to Seville to coincide with the Feria de Abril de Sevilla. It’s an unrivalled party where the crème de la crème of Seville society gather to show off their traditional attire, horse-riding skills and drink sherry in private marquees. The fiesta is held each year. It happens two weeks after Easter and attracts hundreds of thousands of visitors for the week-long event.

Tickets cost 9€ with reduced rates for students and pensioners. Children under 14 get in free.

Moors and Christians in Alcoy 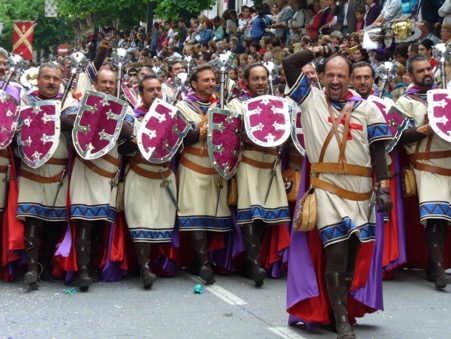 Celebrated throughout the Valencian Community during the spring and summer the Moors & Christians fiesta commemorates the battles, combats and fights between Moors and Christians during the period known as the Reconquista.

During the celebrations, town folk dress up in elaborate costumes that define them either as a Moor or Christian and re-enact a battle in which the Moors are defeated and Christianity is restored to the town.

In all honesty, you will have never witnessed anything like it as the entire town gets together for a party that seems to go non-stop for three days. The largest of all the Moors & Christians fiestas take place in the city of Alcoy and is always on Saint George’s Day in April.

According to the legend, James I of Aragon captured Alcoy and when the Moors tried to retake the city Saint George miraculously appeared on horseback to rally the Christian troops and defeat the invaders.

Even if you’re on a budget, to see the parades in all their glory costs absolutely nothing, unless you want to pay for a seat along the route. However, you better book early if you want to stay in a hotel or rent a flat. 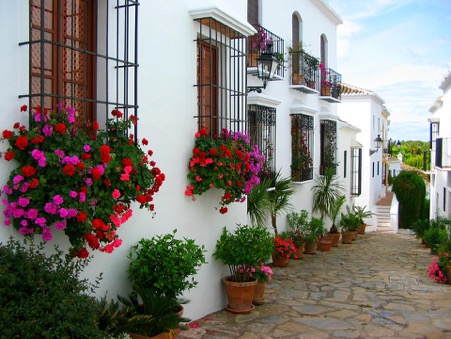 Often described in such a way that you imagine Marbella and Puerto Banus as being one place, it may come as a surprise to learn that while Marbella is nice and has fantastic beaches, the jet set image is more to do with Puerto Banus and the mega-yachts and Ferraris that you see moored and parked in the marina.

Something amazing in Marbella that is considered a must-see for any tourist is the beautiful, flower-filled, white-washed houses of the Casco Antiguo. No matter which way you navigate the close-in narrow streets you always seem to end up in the Plaza de los Naranjos, an outdoor oasis of bars and eateries that transport you back to Spain’s “Golden Age” when the country was thriving on the treasures of Spain’s adventures in the “New World.”

Also, be sure and check out the swanky beach clubs along the coast. For a similar type of vibe without paying ridiculous prices for drinks and a sunbed, spend the day at the beach next to the marina in Puerto Banus. Rent a sunbed close enough to one of the bars so that you can still get the ambience from the music and buy your drinks from the kiosk on the promenade.

There’s a number of transport options including the public buses, although these are not direct to all locations.

Getting from Malaga airport to Marbella and Puerto Banus will be quicker however, if you choose one of the private airport transfers on offer. 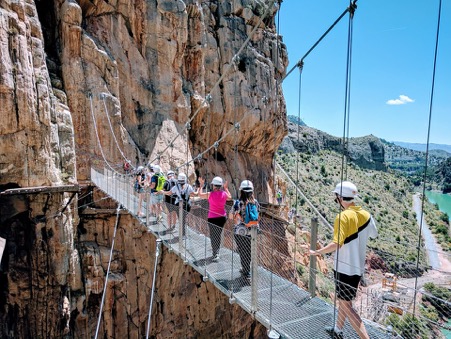 Once called the “most dangerous path in the world” the Caminito del Rey was originally built as a walkway so that workers could access a hydroelectric dam at the Guadalhorce Reservoir.

Opened by King Alfonso XXIII in 1921, hence the name “kings path,” the walkway fell into disrepair in the 1980s, leading to the deaths of several people who still despite the dangers tried to walk it. After finally being closed the walkway was restored in 2015 using the latest technological advances and while it is now safe to cross it is not recommended for people who are afraid of heights and not permitted for children under the age of 8, while older children up to the age of 18 need to be accompanied by an adult.

The scary parts of the walk cling to the rock face 100 metres above the river below, but getting to the actual path requires a fair bit of walking so be sure to wear sensible shoes. The path is only navigable in one direction with a bus at the other end waiting to take you back to the entrance.

Being just 25 kilometres from Malaga airport, the attraction is close to the seaside resort of Nerja along the Costa del Sol. According to the Nerja ayuntamiento ( Nerja council), the path gets fully booked for days on end during the summer so be sure to book well in advance to avoid disappointment.

Tickets are priced at 10€ with 1.55€ for the bus. Allow yourself five hours from start to finish.

If you’re making a trip to Spain to observe its rich history and tick that of your bucket list, like many you’ll probably become hooked on its insatiable atmosphere, culture and delicious Spanish cuisine. No doubt you’ll find yourself want to return sooner than later, and begin planning the next amazing things to see in this hospitable and sociable country.