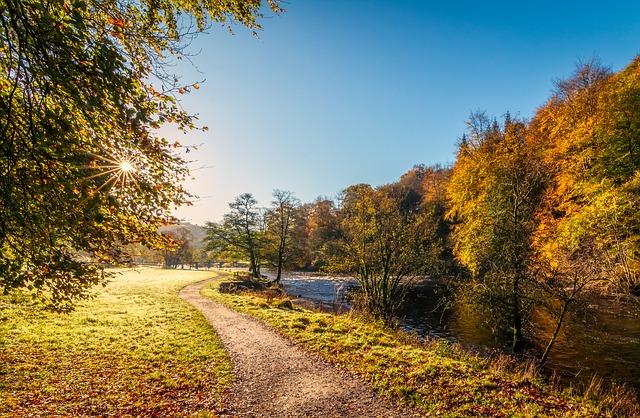 England may seem small in size, but becomes massive when it comes to walking hundreds of miles of traditional trails which criss-cross this extremely beautiful country. The popularity of these staggering routes by the hikers, or those often referred to as ramblers, has led to the establishment of such areas of outstanding beauty and the long-distance paths which lie within their boundaries. So in order to get a sense of all that is English, here are some of the best hikes in Southern England that are bound to leave an everlasting imprint on the mind.

As with any long distance hike a little bit of planning is involved. The same is true for walking the The Cotswold Way, which runs for 102 miles from Chipping Campden in the north to  the busy city center adjacent to the cathedral in Bath.

While in terms of difficulty this is an easy trail as compared to others in Britain, the only serious issue is getting accomodation, as it is limited and options diminish fast, particularly in smaller places. So book well ahead of time, especially during summer and school holidays.

The majority of the track is over grass and dirt covering plenty of open areas and hills. This National Trail passes through Winchcombe, Seven Springs, Painswick, Dursley and Old Sodbury, and can be hiked in either direction in around a week by a person of reasonable stamina. Having said that, extending the walk by a few more days only helps in increasing the sense of accomplishment after the journey is over. You can easily book or extend your walking holidays with tour providers such as Mickledore who specialize in these trails. 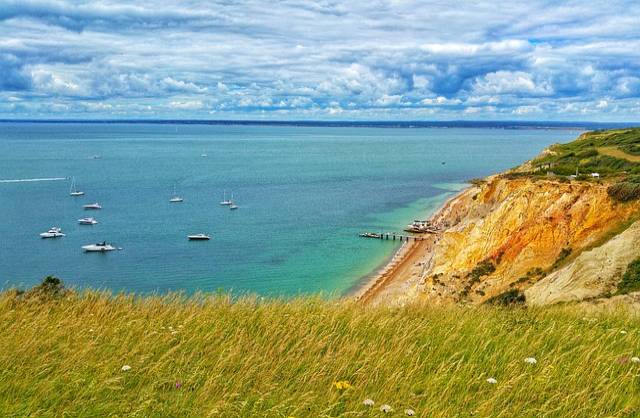 This 65 miles long walking route hugs the coastline and offers an ideal option for a hike of four to seven days, depending on whether you want to challenge yourself or just saunter the route casually. Since the Isle of Wight coast is not especially hilly, it allows for a holiday of moderate pace, including short and long days. The anticlockwise walk would include stops in Ryde, Cowes, Shalfleet, Totland, Brighstone, Chale and Sandown.

This exhilarating walk along the coastline of the island varies from hiking over sandy beaches to clifftops and can be walked in either direction. The walk can be extended by another ten miles or so by hiking till Newport, before coming back to Cowes on the far bank. Some parts of the southern coast are not well served by public transport, so some planning may be needed if you intend to do the walk in short sections.

The first bridleway National Trail of England and the only one which is located totally inside a National Park, the South Downs Way is one of the 15 important National Trails of  the UK. The 99 miles of amazing countryside between Winchester and Eastbourne can show how incredibly beautiful the South Downs National Park can be. The path is basically over a range of chalk hills, and in terms of difficulty it is said to be one of the easiest hikes in the country, except for the challenge of a steep detour to get to the restaurants and accommodation.

Having said that, unlike other National Trails, there are many staying options from campsites to fancy hotels which can mostly be booked online. The quaint villages on the way are a joy to behold as is the trek over the Seven Sisters and Beachy Head. The trail is generally well marked and it is difficult to lose your way as for most of the way you are walking on a ridge. The route can be covered in a week, but it is advised to add a few extra days for a relaxed mid-section.

Starting at the source of the iconic river Thames at Thames Head and ending your trip at the Thames Barrage in the backdrop of the House of Parliament at Westminster, every day is different on the 184 miles long Thames Path National Trail. The very character of the river suggests that this is one walk to be enjoyed in a leisurely and relaxed way, in order to fully grasp the history and tradition associated with the legendary river and it’s surroundings.

The Thames Path is basically divided in three sections, each one offering a good hike in its own right. The Source to Oxford (5 days), Oxford to Windsor (8 days) and Windsor to the Thames Barrage(5 days) are the three itineraries to suit your requirements. There is very little ascent involved on the route and in general the path is pretty good. 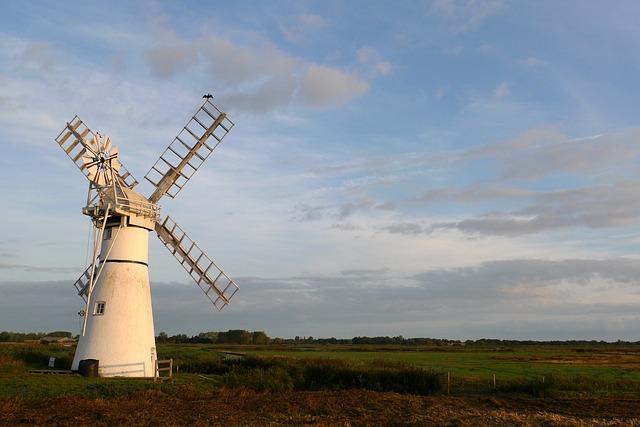 This National Trail is a combination of two long distance walks, together covering a distance of 136 miles, passing through some of the most exceptional landscapes in Britain. The major portion of this dream walk is through some unique forest areas designated as the Norfolk Coast Area of Outstanding Natural Beauty and Brecks, a serene river valley dating back to 2000 years of Roman heritage. The walk from Knettishall Heath to Hopton-on-sea, takes between 9-17 nights, depending upon suitability, and offers a wonderful choice to experience the contrast of the coastal scenery and the rolling green countryside.

Some of the highlights on the route are Hunstanton Cliffs, a red and white cliff facing the popularity of the fossil lovers. This region is also considered to be one of the best birding spots in the UK and is also home to some pristine sand beaches. The famous windmills of Norfolk also form a special background, scattered along the landscape.

One of the longest National Trails in England, the ex winds its way over a mind blogging distance of 630 miles of pristine coastal scenery through Somerset, Devon, Cornwall and Dorset. For three days, a week or even more, this hike uncovers the stunning coastline of the southwest peninsula of England in a dramatic manner.

Designated a National Trail in 1978, the Southwest Coast Path is right up there in the same league as the Annapurna Circuit of the Himalayas and the Inca Trail in Peru. No matter which season you opt for, there is something different awaiting the avid hiker.

South of England has Fantastic Views

If there is one part of the United Kingdom which excels in long walks, then it has to be the south of England. These well-known paths take the hiker through acres of the famous countryside of South England. No matter which trail you decide to walk, you are sure to return with fantastic views of the natural beauty of this part of the world.