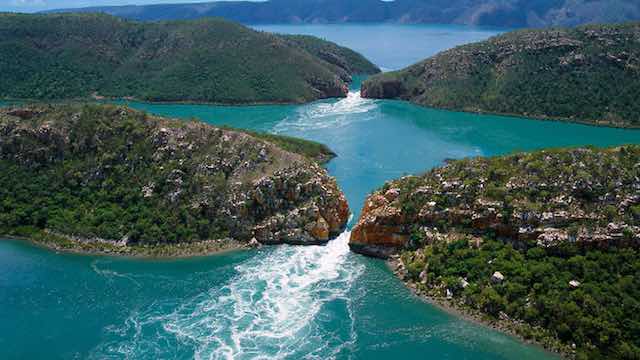 On the northeastern edge of the Australian landmass, the Kimberley dazzles with a spectacle of natural wonders that are unlike any other on the planet. The region—about as big as California but with 800 times less the population at just a little over 50,000 people. This makes it one of the remotest and most sparsely inhabited areas in the world. It is known for its sublime gorges, beautiful beaches, graceful waterfalls, and remarkable aboriginal heritage that dates back thousands of years.

If you’ve been wanting to visit this awe-inspiring part of the country, there is probably no better time than now. The dry season in the Kimberley runs from April to September. This means you’ll be able to minimise the risk of torrential rains ruining your holiday. While this is also the busiest time of the year, you can make your stay more comfortable and more rewarding by booking your Kimberley tours with a professional tour operator.

So, what are the top nature destinations that you shouldn’t miss when you get the chance to spend time in the Kimberley? We offer a few suggestions to help you get a start on your holiday plans!

Once Sir David Attenborough described it as “Australia’s most unusual natural wonder. The Horizontal Falls or “the Horries” is not an actual waterfall. In fact it is an aquatic phenomenon that occurs on Talbot Bay. It runs between a narrow rift in the McLarty Ranges in the Buccaneer Archipelago.

As powerful tides rush in from the Montgomery Reef several miles out in the sea, millions of gallons of water break into the rift. All this causing the water on the inner inlet to rise by as much as 10 meters. Thus it creates one of the largest tidal changes in the world. The ebb and flow of water through this narrow channel create majestic rapids at each turn of the tide. It’s a spectacle that the visitors are only beginning discover the region. Today, boats skippered by professional operators occasionally bring travelers up close and personal with what was once the hidden gem of the Kimberley. 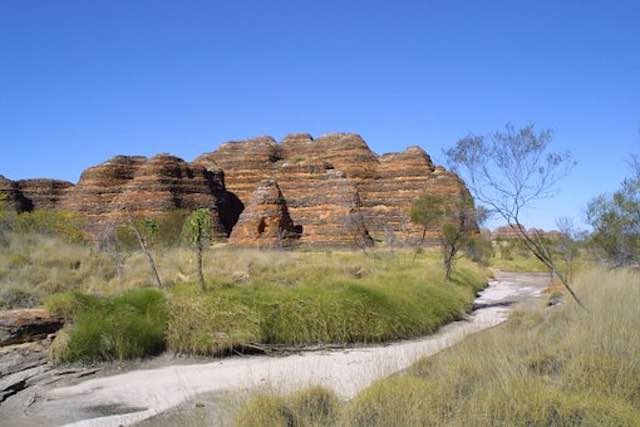 This park has been a UNESCO World Heritage site since its declaration in 2003. The Purnululu National Park spreads on the eastern side of the Kimberley region. It is best known as the home of the Bungle Bungle Range, an expansive land formation out of beehive-like sandstone karsts.

These “dome towers” feature characteristic orange-and-grey stripes. It’s an arresting pattern brought about by the stratification of sediments which began when the karsts first formed over 375 million years ago. The local aboriginal people have always considered this landscape sacred. As a result they have acted as the Bungle Bungles’ custodians for many millennia. 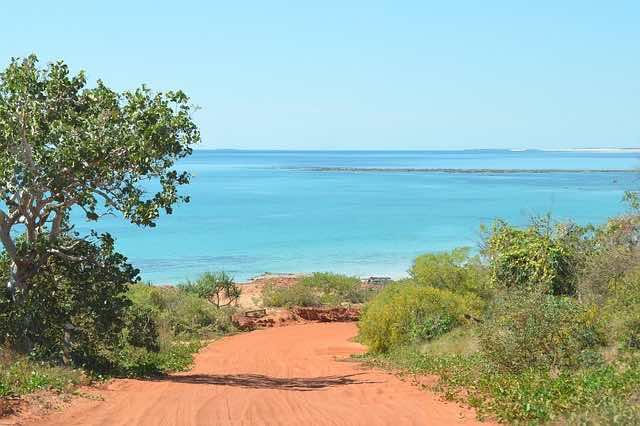 Sitting on the northern tip of the region’s Dampier Peninsula, Cape Leveque is another stunning and remote Kimberley destination.

The drive to this corner of the world can be rough. However it is only when you get there when you’ll begin to understand why it is one of those journeys that you should make in a lifetime.

The peninsula beguiles with its rusty orange sandstone cliffs, pristine beaches, and aquamarine waters.  All of this makes it perfect for swimming and snorkelling too. You can find accommodation in Cape Leveque mainly by the Kooljaman at Cape Leveque. Kooljaman is an off-the-grid, low-impact wilderness camp that local Bardi people own and maintain.

The Emma Gorge at the El Questro Wilderness Park 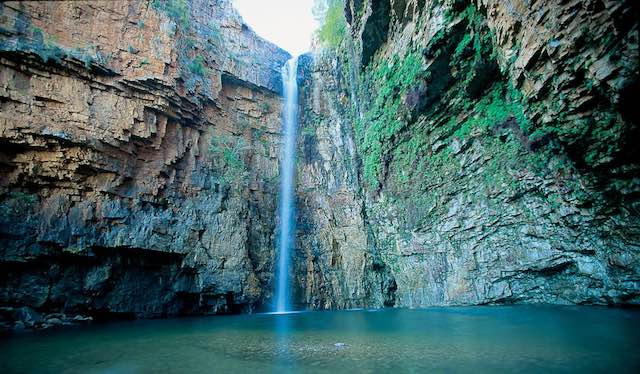 What you’ll find in an eponymous cattle station, is the El Questro Wilderness Park. It comprises thousands of acres of impressive terrain featuring a diverse range of topographies—from sprawling grasslands, rugged sandstone cliff faces, and expansive tidal flats to relaxing hot springs, small islands of rainforests, and beautiful waterfalls. It is an adventurer’s paradise, perfect for a plethora of outdoor activities like hiking, swimming, fishing, birdwatching, and horseback riding.

A destination of particular interest in the park is the Emma Gorge, within which can be found waterholes and thermal springs that succor weary travelers with their refreshing crystal-clear waters. 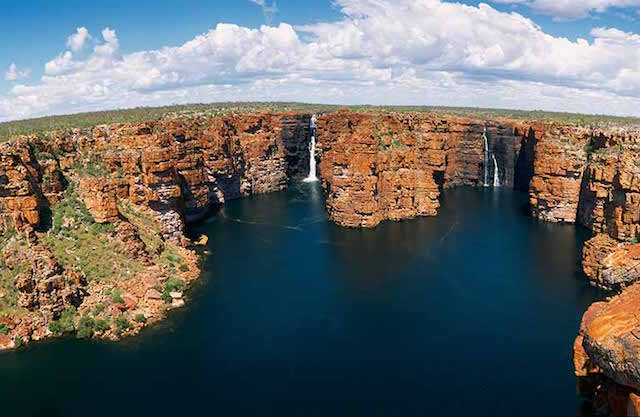 Cruising by boat is by far the most popular way to see King George Falls and to explore the environs of the river that feeds it.

However, climbing the top of the soaring ancient sandstone cliffs surrounding the waterfall will reward you with one of the most breathtaking sights in the Kimberley. It’s definitely an opportunity you shouldn’t miss when you get the chance to visit the famous falls.

The local Balanggarra people believe that the twin cascades of the King George Falls are sacred. They see them as the physical embodiments of male and female rainbow serpents. This also makes them look like divine beings that figure prominently in the art and religion of aboriginal Australians.

If you haven’t yet decided where to go to next on your next holiday, make sure to consider the beautiful region of the Kimberley in Western Australia. Hopefully, this short list was able to pique your interest regarding the remarkable wonders of nature that this uniquely Australian destination has to offer.